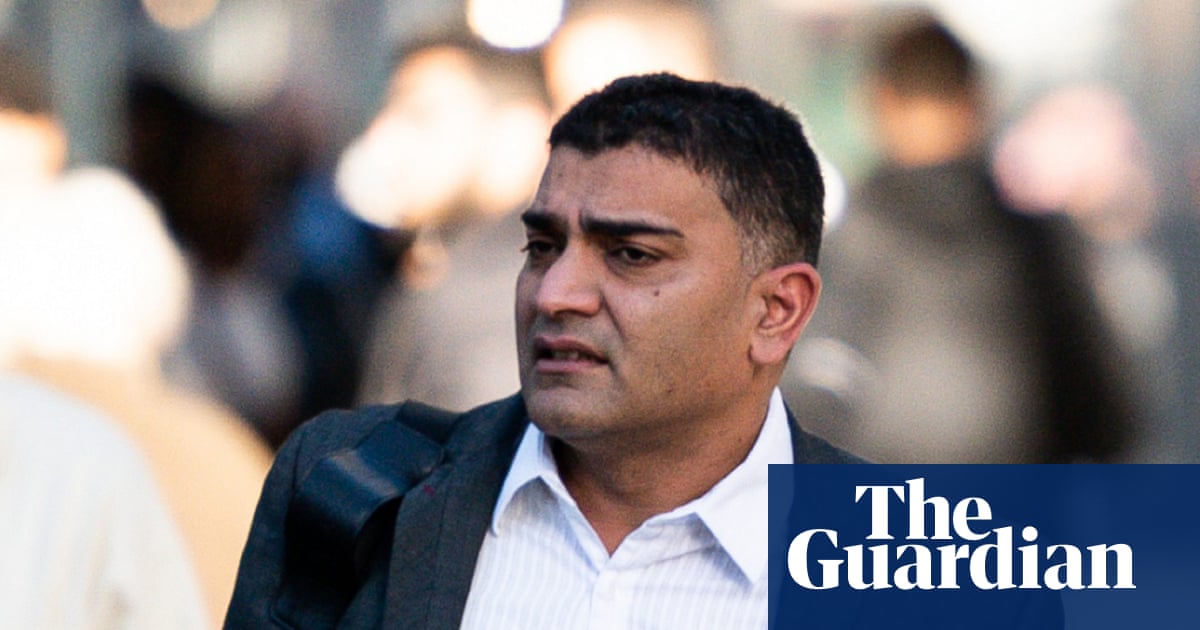 Portsmouth GP who gambled away £1.1m of NHS money is jailed

A senior GP who stole more than £1m of NHS money to fund an addiction to online gambling has been jailed for three years and four months.

Dr Rumi Chhapia embezzled the money from a healthcare group as he chased jackpots on internet slot machines and roulette. He began defrauding the group of GP surgeries in Hampshire as soon as he was put in charge of its accounts, leaving its finances in disarray and other directors needing therapy.

Unusually, gambling companies have agreed to pay back £904,000 of the money after Chhapia, 45, who himself earned nearly £200,000 a year, wrote letters to them.

Chhapia, a father of one, co-founded Portsmouth Primary Care Alliance (PPCA), a group of 16 GP surgeries in the Hampshire city. In August last year, the man who was in charge of its finances was signed off sick and Chhapia volunteered to manage its accounts.

When a colleague spotted that money was vanishing, Chhapia claimed he was the victim of cybercrime and continued to embezzle funds, the prosecutor, Matthew Lawson, said. Police investigated and Chhapia admitted: “I fucked up.”

His fraud was described at Portsmouth crown court as “relatively unsophisticated” as he simply transferred money into accounts in his own name. Of the money he embezzled, he gave back £238,000 and gambling companies will pay back £904,000.

Lawson said Chhapia’s online gambling addiction escalated so severely he remortgaged his home, sold his car and failed to pay back friends who loaned him more than £300,000.

Mark Swindells, a PPCA director, told the court: “The financial impact was profound, the people of Portsmouth lost a sizeable chunk of NHS money. Although we are financially solvent, it’s reduced the overall budget and caused cashflow issues.”

Stan Reiz QC, defending, said Chhapia felt he was “one win away” from financial security. “He entered into a desperation phase and thought the next bet would be the panacea of all his bets,” the barrister said. “He felt the need to keep taking the money even after they raised the alarm to try and win.”

Reiz said the fraud took place over “six weeks of madness”, adding: “This is an unusual and tragic case. The references from his esteemed colleagues describe a hardworking and honest man who has acted wholly out of character. For many years he gambled for fun but then progressed to that next stage and entered the losing stage when a gambler begins to chase losses.”

Jailing him, Judge Keith Cutler, said: “You abused the trust placed on you and took £1.13m from the PPCA, money which in my judgment should have been for GP surgeries to develop their services.

“This is a very serious abrogation of your responsibilities as a doctor. Your duty should have been to provide the very best care to your patients and that should have been the pinnacle, but you were dishonest.”

Chhapia, of Portsmouth, resigned from his role in October last year. He admitted fraud by abuse of position.

The Blackjack Basic Strategy Card – Why You Need It and How To Use it
Phil Hellmuth Tries Crazy River Check-Raise Bluff vs Scott Seiver!
Young Poker Pro Gets Owned by Old French Player! #shorts
Tony G has had ENOUGH ✋ #Shorts
Eric Persson Misreads Board in $500,000 Cash Game Pot