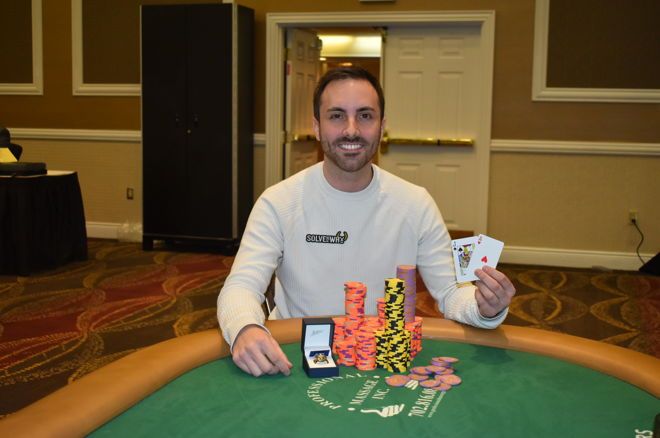 The prestigious PokerStars Championship of Online Poker (COOP) is currently running in a trio of US states in Pennsylvania, Michigan, and New Jersey.

All three PokerStars US-facing sites offer state-specific versions of the COOP, with each running concurrently September 10-27.

The Pennsylvania Championship of Online Poker (PACOOP) guarantees $2 million across 69 events on PokerStars PA. The two-day PACOOP Main Event runs Sept. 26-27, with a $300 buy-in and $200,000 in guaranteed prize money on the line.

The 2021 Michigan Championship of Online Poker (MICOOP) offers 68 events, with a combined guarantee of $1.5 million. The upcoming series marks the second time the MICOOP has run on PokerStars MI, which launched in January 2021. .

New Jersey poker players are well familiar with the NJCOOP series, which returns to PokerStars NJ with a schedule of 60 events. The guarantees add up to $1 million for the 2021 NJCOOP, including the $300 buy-in, $100,000 guaranteed Main Event Sept. 26-27.

PokerNews is providing live reporting coverage on selected events from all three US COOP series. Here’s a look at the most recent winners.

While he currently lives in Las Vegas and works with Matt Berkey at Solve For Why, Paggeot was back home in Michigan when he decided to fire up the MICOOP on PokerStars. It proved to be a wise and profitable decision.

The event attracted 195 entries and the total prize pool of $45,435 broke through the guarantee.

It took just under seven hours for a field of 335 entries to become one in the 2021 PACOOP Event #50: $250 NLHE Progressive KO Thursday Thrill SE Championship Trophy Event, $55K GTD, and when the dust settled, “MasterOf0ne” took home the lion’s share of the $78,055 prizepool.

It’s likely we will see “MasterOf0ne” return this weekend, as the 2021 PACOOP wraps up on Sunday with the $200,000 guaranteed Main Event and $1,000 High Roller Championship, both of which will be live reported by PokerNews.

It was a prize fighter’s dream Thursday night in New Jersey, as NJCOOP Event #44: $250 NLH Thursday Thrill PKO SE Championship Trophy Event brought many heavy hitters to the felt in search of a coveted NJCOOP Championship Trophy. A total of 140 entrants (95 players, 45 re-entries) were on hand, boosting the prize pool over the advertised $30,000 Guarantee to a final total of $32,620, which was split evenly into the regular prize pool and the bounty prize pool.

Xingang “wxg1989” Wang was crowned the victor after six-and-a-half hours of fighting on the virtual felt. They earned a healthy sum of $7,905 for their efforts between knockouts and prize money, the result of a hot run of cards from five-handed play on, that ended with them catching a big bluff from runner-up “ChemDude73” to secure the big win.

PokerNews will conclude coverage of the 2021 NJCOOP on Sunday with coverage of Day 1 of NJCOOP Event #52: $300 NLHE (Main Event), so be sure to tune in then!

Tournament buy-ins for each COOP series begin as low as $10. Satellites qualifiers into COOP tournament also run throughout each series. Main Event tickets are on the line in $3 Spin & Go’s, which run up until the start of the Main Event on Sept. 26. ‘

Sept. 26 also sees Depositor Freeroll’s at all three PokerStars US sites, with all players that deposit at least $30 using a state-specific promo code (PACOOP, MICOOP, or NJCOOP) granted entry. The top 50 finishers in each depositor freeroll win a $300 ticket to their respective Main Event.