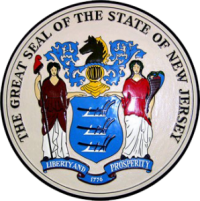 New Jersey sports betting continues to grow at an amazing pace. In fact, the state managed to bring in $664 million in revenue for the month of August. And even more growth is expected this fall with the start of the National Football League season.

The American football season is just getting started, with a record breaking number of individuals placing legal bets all across the country. Our friends at PlayNJ estimate this surge could push New Jersey sports betting to be the first to cross the $1 billion in a single month threshold.

Although betting on sports was down 0.5% from the same time last year, it grew nearly 15% from July of this year. Operators in the state have already exceeded $6.1 billion in bets for the year, which is more that they took in throughout all of 2020.

Most of the bets placed in August were for professional baseball at nearly $250 million. NFL football only generated just north of $27 million, but that’s to be expected for preseason games. And now that the regular football season is underway that number should grow considerably.

Additionally, college football is now underway, providing another source of gambling revenue. Put together with the continued growth of the market and the start of NFL games, it’s not a stretch to think that New Jersey sports betting may hit $1 billion a month at some point this fall.